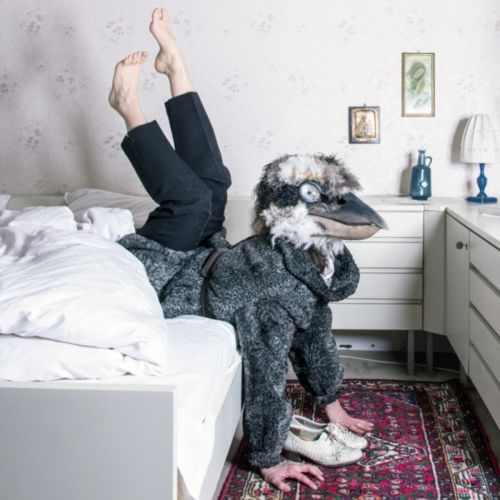 SONIA FRANKEN (D/ UK) works at the intersection of Choreography and Visual Art, mainly within the collective work with animal masks of El Cuco Projekt. Visual arrangement processes and movement research complement each other in her choreographic processes. She explores different perspectives on the absurdity of daily life by situating human bodies (in movement) with animal „heads“ in banal circumstances.

Since 2007 Sonia Franken has been a member of the self-administered production center for contemporary dance Barnes Crossing in Cologne. Within this network she initiated projects as artistic director: She has accompanied various production processes of young choreographers and collectives, in the yearly MAD festival from 2010 to 2014. From 2007 – 2013 she established and directed the youth projects of Barnes Crossing, since 2013 within the urban space project „Jardim Urbano“ together with Marcelo Omine.

Sonia Franken has been working with Kollektiv Bauchladen Monopol in various performances and interventions in public spaces from 2004 – 2015 and published in Theater der Zeit „Performing Politics“ and in the yearly edition of the Gesellschaft für Tanzforschung „Tanz,Raum&Urbanität“.